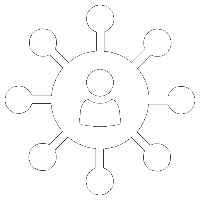 Diabetic Foot Society of India - "DFSI" as it is popularly called, is one of the few societies worldwide dedicated to managing the Diabetic Foot. It was founded on 30th March 2002. Since then, DFSI has been at the vanguard of training and sensitizing numerous medical and paramedical personnel through highly structured, innovative and state of the art educational programs all over the country and abroad.

DFSI has single-handedly transformed diabetic foot problems from a wholly neglected complication to one that is now so well attended to by the numerous physicians, surgeons, anesthesiologists and paramedics we have trained over the last 12 years. It is now one of the foremost medical bodies admired for its work on the Diabetic Foot. DFSI has two landmark educational books published, distributed free of cost to more than 10,000 people in the medical fraternity across India. These have become the reference material for all those who work with the diabetic foot.

The efforts of DFSI has resulted in the development of sensitive and standard equipment to measure the neuropathic deficit quantitatively. This has helped guide therapy, measure outcomes, and precisely identify the risks associated with ulceration diabetic foot. Millions of feet have been tested by these instruments creating a solid wave of awareness and care.

DFSI has improved the quality of Diabetic footwear in India by guiding many manufacturers to develop the kind of footwear diabetic feet require according to various well-understood principles. This good quality footwear has been manufactured and marketed across India.

DFSI has conducted 48 one-day workshops under the National Wound Care Program banner sponsored and vetted by the World Diabetes Foundation and Access to Health. The programs were conducted in Medical Colleges and have trained 2000 doctors and nurses in day to day wound management in the diabetic foot.

DFSI has held 18 Annual National Conferences consecutively for the last 18 years. These conferences have brought cutting edge research and newer treatment and diagnostic modalities to India, enhancing the knowledge level of foot practitioners.